What if I told you that Donald Trump – or at least his campaign managers – are advertising geniuses?

Now, with all these ‘achievements’ to date – he still lost.

Yeah you can say that Biden was better, and the Americans wanted change bla bla bla… but there is a more insightful reason why Trump got trumped.

And it comes in the form of an old quote by advertising legend Bill Bernbach: 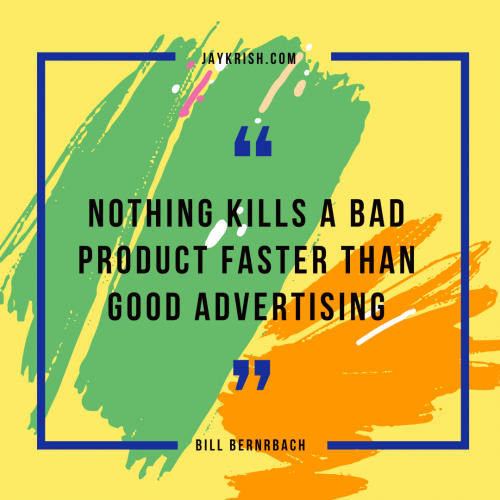 You see, Trump was flawed right from the start. Curiosity got the better of most Americans during his first run, perhaps they wanted to see what would happen if a non-political candidate was elected.

And elected he was, which gifted American late-night talk show hosts abundance of material. They really have their work cut out for them now onward though.

Anyway, Trump’s presidency was wrought with missteps, misquotes, misdeeds, mistakes, and even a certain miss stormy. Yeah, sue me!

And with more misses than hits, he had to run for re-election amidst a ravaging pandemic. His no-holds-barred campaigns inundated the media, and his rallies were as Trump-ian as ever.

While the campaign efforts hit home with his eager base; it also laid bare all his shortcomings, failures and incompetence for the rest of the population. Ultimately accelerating his downfall.

So here’s the takeaway:

Although promoting a bad product can get you initial results; disregarding ethics, competence and good service will eat into your market share and gift it to the competition.

Heck, even Coke, McDonald’s and Microsoft – some of the world’s biggest and instantly recognisable brands – tried to aggressively market bad products and failed miserably.

The key here is to make sure your product or service can live up to expectations – and even better if you manage to exceed them.

A very fundamental marketing premise – but goes to show that even election campaign managers and household brands sometime tend to ignore the basics.

But if you still insist on taking a bad or flawed product to market – I know someone who will be out of a job soon. You guys can meet over a Trump Steak lunch.

The 'Winging It' Generation of Marketing Freelancers

Why So Emo, Copywriter?